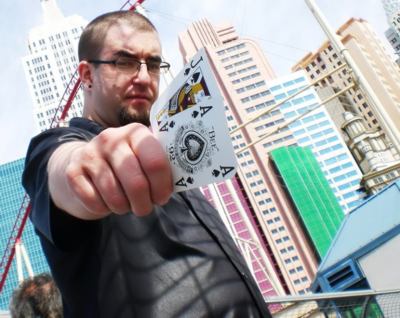 After spending a significant part of my life living a conservative life I broke free and now consider myself an Experimentalist. I try things, observe things and form my own opinion about things.  Things that were once taboo are now familiar. Things that used to push buttons are now my friends.

People are wired differently from one another. What offends one might be exactly what another needs. Keep an open mind and you'll realize that we can all peacefully coexist on this planet unless people start forcing their views on others.

I'm not Wiccan but I love the Wiccan Rede: "Harm none, do as ye will".  And I've learned the science of endorphins and I realize that harm is not the same as passing pain.

I have been taking pictures all my life. I have been specifically active in photography since the fall of 2000.

I have no training and have learned from studying images from other photographers and trying to figure out how they accomplished what they did. Rather than being well versed in traditional methodology I get to forge my own path. So many times I've been told "That goes against all the traditional rules and yet.... it works". In short, I do what I do.

I make it a point to get in front of the camera (ie. model) at least a couple times a year. Photographers who don't do this can't possibly relate to what their models are going through. I want to be able to say that "I know what it's like" and have the pictures to prove it.

How many photographers shoot nude models yet have never done a nude shoot themselves? There is credibility in having gone there yourself and I believe that if a model knows that I would, and have, put myself in his/her position then we can have a stronger trust and a better shoot.

Most of my photography for the past three years has been light painting.  For three years before that it was done exclusively on my iPhone.  No computers, no editing apart from whatever magic I could carry in my pocket!  Prior to that it was alt-model studio portraiture.  And before all of that it was action sports photography.

As a kid I grew up on skates.  I created my own (small) ice rink in my backyard and I played both organized and pickup hockey for ten years.

As an adult I formed a hockey team with my friend Rich and we grew it into a three team franchise.  I played a lot of center as a kid and I stepped into left wing as an adult.  After a few seasons I switched to defense and I haven't looked back. Except in Dec 2015 I retired for health reasons.

I was an Avalanche fan before moving to Denver but I grew up an Oilers fan.  That didn't make me popular in Toronto when I went to games but it's how it was.  Anyone who knows the mid-80s Oilers understands why they had the appeal they did.

I like me the cards.  Primarily No-Limit Texas Hold'em with a spattering of Omaha.  The picture on the right was taken in Vegas after a very successful night of blackjack.  My strategy served me well but, as many computer simulations have shown me, I have to chalk it up to luck and calling it quits before the system I invented on the spot took me down.

When I started doing photography again a few years ago my first project was to do several pieces that were inspired by playing cards.

A friend of mine invited me to play on his 9-ball pool team out of Cafe Netherworld.  I hadn't really played much 9-ball before but I figured what the hell.  It's been three and a half years now and we've made a good go of it.  After Netherworld got sold we moved the team to Sobo 151.

The year was 1994 and I started making web pages.  In 1995 I started doing dynamic page development (CGI) and at one point in time I had a pretty good worldwide reputation for DHTML skills.  I moved from Perl to C to ColdFusion.  I used a lot of Javascript along the way and touched on PHP and ASP.  I created a published development methodology in ColdFusion and later created another one that I never publicized.  When I switched development languages and focused on PHP I converted this last methodology to the new language and that has become the foundation for everything I do these days (this site included).